Ever wondered why there are so few films you really like? It has to do with an old choice in strategy: do you focus on a narrow, specific audience and really satisfy their needs or do you try to appeal to a broader audience, having a larger base of customers but risking to not really satisfy anyone? It appears that – perhaps a bit unfortunately – in the film industry, it often pays to do the latter.

Professor Greta Hsu, from the University of California Davis, examined 949 movies in the US film industry and showed that films that fit more clearly into one specific genre (action, romance, comedy, drama, horror, etc.) generally are appreciated more by the audience. However, films that span various genres attract a larger audience, and that pays off at the box office.

Of course it’s a trade-off – do you go for a broad or a specific set of customers? – and one that most firms in most industries face. It depends very much on the characteristics of the industry where the balance lies; towards specialisation or towards being a generalist.

The fact that in the film industry many firms & films come out as quite general can partly be blamed on the role of marketing. You only really know what a film brings you once you’ve gone to see it (and paid for it). Smart marketers can make multi-genre films appeal to a variety of people, without them realising beforehand that it is going to be a bit of a mish-mash.

For example, the film Cocktail was marketed in four different ways by Touchstone Pictures, including different television commercials, each pertaining to a different genre. Similarly, Miramax produced two different ad campaigns to promote their film The English Patient, one emphasizing the film’s action and war components, and the other one emphasizing the romantic elements of the movie. It turned the film into a product that was purchased by a mass audience.

Altman, in his book Film/Genre, describes this Hollywood strategy as “tell [audiences] nothing about the film, but make sure that everyone can imagine something that will bring them to the theatre”.

Thus, although on average multi-genre films are less appreciated by customers than genre-specific films, it is the former that usually bring in the big audiences, and with it the big bucks. As a consequence, genre-specific films are much more of a rarity, although we love them. Once we see one, we may sigh “why aren’t there more films like this…?” but we really only have ourselves to blame: it is because we do let ourselves be tricked into seeing all this other (multi-genre) crap that it becomes relatively unattractive for film makers to make anything specific. 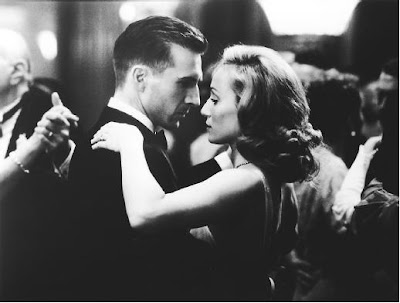 2 Comments for “Why aren’t there more films like this [sigh…]?”