In many countries the topic of “excessive top management compensation” – especially for CEOs – triggers much emotion, social outcry and even calls to arms for politicians to finally regulate the issue and introduce mandatory caps on salaries. And I used to think that this was all nonsense, because the arguably high salaries of CEOs were simply the result of a market mechanism and “the way it is” (and certainly none of politicians’ business). However, the more I learn about academic research on CEO compensation and the workings of boards of directors (who usually determine a CEO’s remuneration package) the more I realise there is more going on than that.

First of all, there has been quite a bit of research that has tried to show that CEO compensation is tied to firm performance. It ain’t. That research has tried, has tried hard and harder, but just could not deliver much evidence that CEO remuneration is determined by firm performance. Admittedly, some studies have uncovered some minor positive relations between pay and performance but it wasn’t much.

The only economic factor that has delivered some consistent results worth mentioning – indicating a positive influence on CEO pay – is firm size: bigger firms pay better. Although this may be an intuitive result, it is actually not that clear why… Why do the CEOs of big firms earn more? Do CEOs of big firms put in more hours? Not that I know. Is managing a firm with 100,000 employees that much harder and more demanding than managing a firm with a tenth of that number on their payroll? Not necessarily. So what is it? I guess one could argue that a top manager of a large firm can do more damage if he messes it up and, since large firms generally have more resources available than smaller firms, they hire (and pay) the best. Yeah… I guess that could be it… Although research has also shown that, on average, large firms are not really more profitable than small ones, so I am not sure these better paid guys actually are better at their jobs. But anyway, we have found one thing that seems to explain top executive pay, so let’s not be too critical about it but accept it with grace.

But, beyond plain size, what then does determine CEO remuneration? Well, let’s start with who determines CEO compensation. In most counties, for public firms, that’ll be the board of directors. And, specifically, the directors that serve on the firm’s remuneration committee (usually 3-5 outside directors). And, yes, there has been some research on these bozos.

Three professors who did research on the relation between CEO compensation and boards of directors were Charles O’Reilly and Graef Crystal from the University of California in Berkeley and Brian Main from the University of St. Andrews. They studied 105 large American companies and first computed the relation between a bunch of economic factors (such as firm performance and firm size) and CEO remuneration. The only thing they found was a connection between company sales and CEO pay. In short, on average, if a firm’s sales increased by $100 million during the CEO’s tenure, his salary would go up by $18,000. That’s hardly impressive, now is it…?

Then, Charles, Graef and Brian did something a bit more interesting. You have to realise that the directors on these committees are usually CEOs or ex-CEOs themselves. Therefore, Charles and his colleagues compared the salaries of these director CEOs to the salaries of the CEOs of the companies for which they served on the remuneration committee. There was a strong relationship between them. An increment in the average salary of such an outside director with, say, $100,000 was associated with a jump in salary of $51,000 for the CEO, after statistically correcting for all the results due to the effects of firm size, profitability, etc.!

Charles, Graef and Brian argued that this association could only be the result of some sort of psychological social comparison process. The directors on the remuneration committee who decide on the CEO’s salary simply determine this guy’s pay by looking at what they themselves make at their companies. And thus, doing this, they don’t feel hindered at all by irrelevant issues such as the firm’s actual performance during the tenure of the CEO or any other silly things like it!

And guess what, who do you think determines who gets asked to serve as an outside director for a firm…? Any guesses…? Yep, it’s usually a company’s CEO who generally nominates new outside directors. That does make it rather tempting for a CEO to be rather selective about which peers you nominate to serve as director and determine your compensation packages, doesn’t it…? Since, according to Charles, Graef and Brian’s research, their wealth may nicely domino into your bank account. The last people you want on your board are those guys who are on a meagre package themselves; because they would likely curb your dosh as well. Instead, bring in the rich guys; they’ll make you rich too! 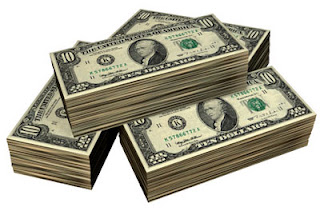