Porpoises truly are very cute animals. They are fun, playful, cuddly, bubbly, and social. Moreover, in many countries and cultures, stories exist about how porpoises saved sailors whose ships sank in stormy weathers far from land, by tirelessly pushing them to safety with their snout. The saved sailors, once firmly ashore, would of course tell everyone the tale of their miraculous saviour, and the porpoises became revered and adorned.

Yet, somehow, whenever I see one (in SeaWorld or on television), they make me think of Jack Welch…

Not because Jack Welch is fun, playful, cuddly, bubbly, and social – not many would put Neutron Jack in that category – but because of selection bias.

“Selection bias” thou might wonder, “what the heck is that?” Well, it basically is a statistical term that explains how we make mistakes and draw erroneous conclusions if we base our analysis only on what we observe, and not on what we don’t see. Let me explain.

Given the abundance of stories, there probably really are sailors who were pushed ashore by a rather helpful porpoise. Porpoises are playful animals and they like pushing things around – including swimming sailors. However, it is quite likely that they don’t give a rat’s ass where they push their newly found toy. They probably push the sailors found in open sea in all sorts of directions; some of them happen to be headed toward land. Yet, for every sailor safely pushed ashore there probably are several seamen who were pushed in all sorts of directions but to land. Unfortunately, they just did not live to tell…

The sailor who was pushed ashore by the porpoise told everyone about his miraculous rescue but his unfortunate colleague who each time was pushed back into open sea whenever he got land in sight, vigorously cursing the bloody animal, did not quite get to tell his version of events.

That’s selection bias, and the world of business is full of it. We analyze companies, investment strategies, and the chief executives of the cases that became a success, but we don’t quite see how many went under following pretty much the same path. Jack Welch’s famously hard-headed management style worked well for GE and pushed it ashore, but who is to tell how many companies drowned receiving the exact same treatment? Basically, we just don’t know, but it would be unwise to just take any “successful” strategy for granted, and mimic the actions in the firm (but possibly false) belief it will lead us to safety too. 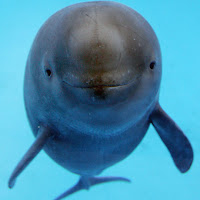