Soft stuff (such as caring for the community and the environment), shareholder value orientation, and take-over protection mechanisms

Caring for the community and the environment, shareholder value orientation, and take-over protection mechanisms?! What do they have to do with one another?

Well, quite a bit it appears. Let me explain.

First of all, do we like it that firms can adopt take-over protection mechanisms (such as poison pill constructions)? “No we don’t!”, do shareholders proclaim in chorus. Because the threat of a potential take-over is a great way to make sure that CEOs don’t do anything that does not maximize the value for shareholders. Remove that possibility and these bloody CEOs will do all sorts of silly things that are not in our interest.

And I am afraid that is at least half true… And one of these silly things is attending to issues such as caring for the natural environment and the community. We – the wider public – may like it if corporations do that kind of stuff but it is hardly clear that shareholders do; after all, caring for such soft stuff comes at the cost of the hard stuff: cash.

Aleksandra Kacperczyck, from the University of Michigan, examined this issue in a clever way. She examined 878 public firms in Delaware between 1991 and 2002. The interesting thing about Delaware is that in the mid 1990s, due to a series of court decisions, hostile take-overs suddenly became a lot more difficult. And what Aleksandra found is that, after that fact, Delaware companies started to pay a lot more attention to catering to the community and to the natural environment. All of a sudden, it was safe for companies to do such stuff, without the threat hanging over them that they could get “punished” for it by means of some hostile take-over by another company that thought it could make more money by getting rid of all that expensive soft stuff.

Did shareholders like it? Well, they didn’t applaud the court decisions (to say the least) and the fact that now corporations could divert valuable cash to such silly things, but they had to grind their teeth and grudgingly accept it.

But were they right; that it was going to cost them money? Well, not exactly.

Aleksandra also measured what happened to the long-term shareholder value of the corporations that started to engage in the fluffy “caring for the environment and community” kinda stuff. Shareholder value actually went up! The long term market-to-book ratio of these firms started to rise as a result of these fluffy actions! The shareholders, in spite of their doubts and grudges, were better off.

A classic win-win situation appeared; having been freed from the threat of hostile take-overs enabled the firms in Delaware to do nice things for the community and the environment, which actually paid off in terms of hard cash in the long run. But there was one catch…

In a brainwave, Aleksandra decided to also look at what happened to the levels of executive compensation (in the form of salary, bonuses, and other annual remuneration perks) of the companies that found themselves shielded from the threat of hostile takeover; CEO remuneration went up… Apparently, now immune to takeover threats, top executives not only started attending more freely to the interest of the wider community but also to their own private interests. They let others share in the wealth, but didn’t forget themselves either… 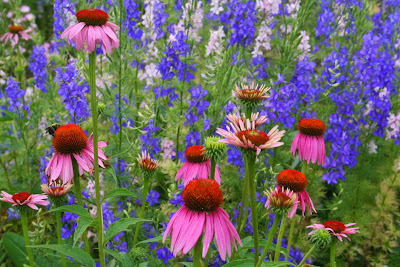 Related Tags: Making Strategy, Research
Previous Topic: Information overload – and how to deal with it (if you’re the one loading)
Next Topic: Soft stuff (such as caring for the community and the environment), shareholder value orientation, and take-over protection mechanisms

One Comment for “Soft stuff (such as caring for the community and the environment), shareholder value orientation, and take-over protection mechanisms”