Pharma – the devil is in the detailing

What do you think pharmaceutical companies spend most of their money on? R&D: the search for new drugs? Think again.

True, pharma companies spend a great deal on R&D studies show it comprises about 14% of their revenues. Yet, they spend about 1/3 of their revenues on Marketing. That’s right, on average, pharmaceutical companies spend two to three times as much on the Marketing of a drug as on its development. (Hence, next time you hear a pharma executive claim they need to charge such a high price for drugs because of the high costs of R&D, do frown at him fiercely!)

By far the largest chunk of these marketing expenses are taken up by the practice of “detailing”; that is, a vast army of company representatives visit physicians to shower them with information, free samples, and persuasive arguments (and a “healthy dose” of free gifts and travel), claiming that the company’s drug is wonderful and really does what it says on the tin. The raison d’etre of this practice is that physicians – human as they (often) are – only remember and hence only prescribe a limited number of drugs; much fewer than are in existence. Therefore it is important for a pharma company to make sure that physicians know their drugs; they’ll hammer them into their brains (with brute force if necessary!).

Moreover, over the last decade or so, the army of representatives has been expanding with particular vigour. For example, in the US alone, between 1996 and 2000, the herd of quacks with their suitcases full of pills and ointments rose from an already impressive 41,800 to a fearsome 83,000 pharma-suits.

Yet, is this practice of “detailing” really effective? Mwa…(at best).

Research has shown, for example, that on average it takes 3 visits to induce one new prescription. It also takes an average of 26 additional free samples to generate one additional prescription. Hardly impressive I’d say.

Then why do most pharmaceutical companies continue to rely on detailing? Well, there are also studies – mostly internal research by the pharma companies themselves – that do not provide unambiguous evidence that detailing does not work. Hence, they’re just not 100% sure that it is an outdated practice. They fear there is a risk that if they stop using the practice they will lose money. And that’s a risk they’re not willing to take.

For example, if a company were to stop detailing but it turned out they were wrong and they’d lose market share and money as a result of it, we (the public) would say “you’re stupid (nobody else did it)”. Currently, firms might be losing (a lot more) money because they continue detailing but now none of us say they’re stupid; because everybody is still doing it and we’re just not sure that the practice is not effective. Hence, the risk of breaking the mould is perceived to be much higher than an undue acceptance of the status quo.

It is a situation very similar to that of the newspaper companies who were reluctant to switch to a tabloid-size format 5-10 years ago: they were just not sure that small size newspapers would catch on. Hence, while everybody was printing broadsheet, nobody dared take the plunge and make the paper smaller. 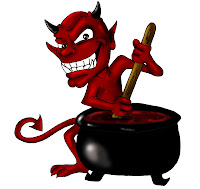 One Comment for “Pharma – the devil is in the detailing”