When you have a team of people working on a common task, who all fullfil a similar role in the team (like a football team, a string quartet, a team of engineers, etc.) should you pay them all pretty much the same, or would you be better off creating quite different levels of remuneration within the team?

This question can stir a fair bit of debate, and I have heard it been argued one way and the other. “You should pay them all the same” some loudly proclaim, “because they’re a team and you don’t want to create envy and inequality within the group!” Others will bellow in agony: “But you need to incentivize people – stupid!; equal pay kills their motivation; you should pay more to people who (seem to) contribute more, to keep them happy while stimulating the others to better themselves!!”.

And who knows whether it is one way or the other. The problem is, it is very difficult to research properly, and find a conclusive and reliable answer. You’d of course need information on the exact remuneration of all people in a team, their individual performance and their team performance, and have a whole bunch of identical teams to make meaningful comparisons. And that’s easier said than done.

Professor Matt Bloom, from the University of Notre Dame, decided to give it a try. And to make sure that he had a clean research sample, with a whole bunch of similar teams doing the same task, for which he could collect all the relevant info, he chose Major League Baseball.

And, although a bit unconventional, that’s perhaps not such a bad idea…! I don’t know much about baseball (and would prefer to keep it that way!) but I assume the rules are the same for everyone, the teams the same size, working on the same task, etc. Thus, Matt collected performance data on 1644 players in 29 teams, assessing their individual performance through batting runs, fielding runs, earned run averages, pitching runs, player ratings and all this (for me) abacadabra. For team performance, he measured a combination of on-field performance and financial performance, using game wins and revenue and valuation data. So, this gave him measures for team performance and the individual performance of each member of the team.

Then he measured player compensation; The newspaper USA Today apparently publishes salary and performance incentives for all players, so he used that. Finally, he created an indicator of “pay dispersion”, or how big are the differences in the levels of pay between the players on a team. Using this data, he computed whether clubs were better off equalising pay, or differentiating their team’s payment levels.

And, so it turned out, it’s the former: that is, baseball teams performed better if the salaries of the players were not too different from each other. The larger the payment differences, the lower the individual players’ performance; mostly so – perhaps not surprisingly – for the players receiving the lowest payment. But – perhaps more surprisingly – also the players who found themselves pretty high in the payment pecking order, receiving an above-avarege salary package, saw their individual performance being negatively affected by the pay dispersion within the team.

Finally, team performance: Those teams with high pay differences among players had markedly poorer performance. It seems substantial differences in pay are more of a de-motivator than an incentive, even for the majority of people who end up in the high payment bracket! And the team suffers from it as a result. 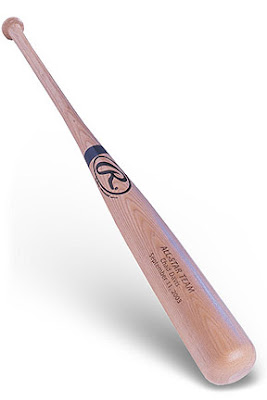 5 Comments for “Pay inequality – good or bad for team performance?”