Innovators are always the heroes of the story. They saw the opportunity when no one else could see it; they persisted stubbornly when everyone said they were a fool; they suffered hardship but eventually defied the odds to make it big, and so on and so forth.

And innovation is great. But we hear very little about the (undoubtedly many) poor sods who think they’re seeing something but it really is just their imagination, who persist stubbornly and foolhardily with something that ain’t never going to work, who continue suffering hardship till they vanish.

Do innovating firms perform better? Evidence from academic research on the topic is certainly equivocal: it is very hard to find solid evidence that firms that innovate (e.g. obtain more patents) perform better.

It so happened that I had a database of about 1300 firms active in some segment of the pharmaceutical industry, and all their innovations. Note, innovations do not all have to be real blockbusters but could just be new types of products or applications. These new types really can concern truly novel drugs new to the world but more often they concern a new dosage of some existing drug, a new intake form (e.g. pills versus injections), a new application of the same drug (i.e. a different disease for which a particular existing drug might also work), etc. Thus, not all of them are very radical innovations, but they are all new enough for them to have required clinical trials before their launch.

Using these data, I first tested, through some fancy statistical methodology, whether such innovations contributed to the growth of the firms over the subsequent years. The answer was a clear “no”; in fact, innovators grew more slowly.

Then I thought “perhaps they are innovating because they’re running out of growth”, so I applied a different (and even fancier) statistical technique to correct for that. Still, the answer was a resounding “no”: innovators subsequently really had more trouble growing and it was a direct consequence of the innovations.

So then I thought, “Perhaps I am looking at the wrong thing; and I should not be looking at growth but at firm survival”. Therefore, I changed my (already fancy) statistical methodology to test the impact of innovations on firm survival. But no, innovators died (i.e. went bankrupt) more often than non-innovators.

Then I thought “ah, it must be because innovation is risky; innovators may be the big failures of the industry but they are probably also the biggest success stories (I should really have thought of this earlier… better not tell anyone…)”. So I used an even fancier statistical methodology to model not only the average survival probability of the innovators (vis-à-vis the not-so-much-innovators) but also their “variance”. But no… innovators really did fail more often than non-innovators and with very little “risk”! In layman terms: they died pretty quickly and you could be sure of that. No risk-return trade-off here: do not innovate and you’ll get higher return for less risk…!

So then I gave up.

Might the answer simply be that innovation really is not such a very smart thing to do for a firm…? It seems, as an organisation, your chances of success are quite a bit better, and with little risk, if you simply stick to your guns, or at least not try come up with the new stuff yourself (but just wait patiently to imitate it).

But if that is the case, perhaps we shouldn’t tell anyone… Because innovation really is great and, as a society, we need it. But if everyone finds out that you, as an individual firm, are better off without it, nobody might do it anymore… So let’s keep this one under wraps, and between you and me, alright…? 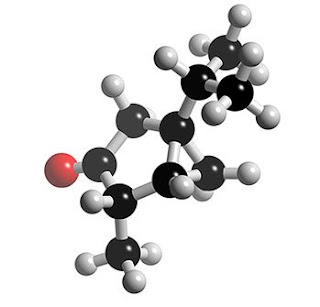 Related Tags: Innovation, Research
Previous Topic: Is innovation over-rated?
Next Topic: Star knowledge workers – you really should not pay them that much, you know

9 Comments for “Is innovation over-rated?”