Remember the old anecdote of the man looking for his keys under a lamp-post? Here’s my version:

A guy exits a pub in the middle of the night. There, he sees a man on his arms and knees under a lamp-post, clearly looking for something. He asks him “what are you looking for?” and the (slightly inebriated) man answers “the keys to my bicycle; I must have lost them”.

“I will help you look” says the guy, and on his hands and knees he starts to search too. After a good ten minutes have passed though, still not having found the keys, he turns to the inebriated cyclist and says “are you sure you have lost them here, we’ve looked all over and they’re nowhere to be found?!”

“No” says the man (pointing towards a dark spot to the side of the road), “I lost them over there, but there it is so dark, I would never be able to find them”.

The morale of this well-known story is that we often look for solutions where there is light and we can see stuff, while the real cause of the problem lies in an area which is much more difficult to fathom.

Managers are often inebriated cyclists. If a company or division is in financial trouble, they cut costs, slash head-count, disinvest, set stricter targets and so on; the stuff that can be captured in numbers (i.e. “where it is light”), while the real cause of the problem will often be a lot more subtle, and lie in a tainted reputation, low employee morale or low service quality. And looking hard where there’s light won’t make you discover the key to solving your problems any quicker. 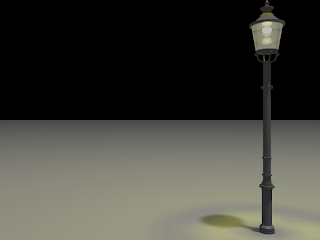 Vice versa, the hard stuff (which can be captured in numbers), such as production capacity, headcount, etc., are exactly the things that cannot give you much of a competitive advantage; they often can be bought off the shelf, meaning that your competitor can get it to. It’s usually the soft stuff, such as morale, reputation, organisational culture, etc. (which we don’t spend much time measuring, largely because they’re difficult to observe and capture in numbers) that can make all the difference, because they can’t be bought and take much time and effort to develop.
Hence, don’t be misled by the hard stuff, which you can measure; of course you need it but it will seldom give you a competitive advantage or get you out of trouble. The soft things, which we cannot see and measure, are the ones that you have to carefully nurture and manage.
Related Tags: Making Strategy
Previous Topic: Complex yet so simple. Or was it the other way around…?
Next Topic: Inebriated cyclists