In a crisis, innovate

Recently, an executive – an ex-student – told me about his company. The company has a handful of competitors (it is a local business) highly similar to itself, and they’re all losing money in the current economic climate. Now one competitor – the worst-performing of the lot – has started to accept assignments for a fee below its cost price, just enough to cover its variable costs and at least earn back a tiny bit of its fixed costs. My ex-student asked me, “What can we do?”

The answer isn’t easy. But it is of course a rather typical situation to be in. It happens in most industries in trouble; some bloody competitor – often the lousiest one of all – starts to sell below cost price, out of pure desperation. Actually, my ex-student’s company responded in a way that is just as typical: they said, “But their product is inferior; we deliver quality, and customers will always want to pay for that” (and stuck to their comparatively high price). But customers didn’t. And they seldom do. Even if there is a minor quality difference – and it’s usually just minor; at least in the eyes of the customer – if the price difference is large enough, you’ll lose a lot of clients; more than you can afford.

So what can you do? What else can you do than lower your prices too, tighten your belt, hold your breath, and hope the crisis blows over before you bankrupt yourself? Because that’s what companies usually do.

I’d say the phenomenon is rather common, so the solution can’t be.

It reminded me of the English newspaper business some years ago. All quality newspapers were in trouble; stuff had started to move on-line big time, free newspapers such as the Metro had flooded the market and, on top of that, the general trend was that people simply read less. The four main players in London – The Guardian, The Times, The Daily Telegraph and The Independent – were all in decline but The Independent was the one widely expected to fall the first. The others had deep pockets due to rich owners and, due to a price war several years earlier, which had hit The Independent hardest, it was basically broke.

Now, The Independent could have done what most companies in such a situation do: moan about it, cut some more costs (or whatever is left of it) and attempt to prolong an inevitable death. But it didn’t. It took a plunge. It launched a small-sized version of its newspaper; the denounced “tabloid” format. All newspapers had been talking about it for a long time, but everyone had dismissed it as too risky (customers won’t like it), phoney or plain cheap. But The Independent launched it, and it worked (customers loved it). They survived.

Was it a coincidence that out of the four main players it was The Independent that launched the thing? Of course not. It was The Independent who basically had nothing to lose; it would have been the first one to go under had the industry continued as is. But it chose to not just prolong its demise: it took a plunge, and recovered.

The same happened to the famous Southwest Airlines. In its early days, when it was in deep trouble, it had to sell one of its four planes. Yet, it didn’t try to just save some more costs and continue with 75 percent of its operations, prolonging an inevitable decline; it took a plunge. It said “we’re going to run 100 percent of our operations but with just three planes!” and, in the process, invented the widely successful low-cost airline model, having scrapped all frills and complications, combined with the emergence of a must-succeed culture.

So, when you’re down: innovate. Don’t just wait for the inevitable to happen; prolonging your decline out of some false hope that you’ll weather the storm. Storms kill; get out of it while you can. 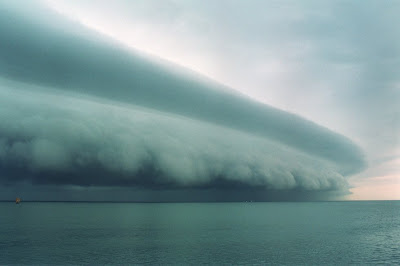