Whenever I ask executives how they should make an organisation more entrepreneurial, more customer-focused or simply more profitable they virtually always come back with: “incentivize people”.

Reward people for their ideas, their efforts and initiatives and they will deliver.

But always, when I ask them, if you would be on a fixed salary, would you still do your best to come up with new ideas, be entrepreneurial and deliver the best value you can for your customers? And then the answer is, invariably, “yes I would, because I don’t do it for the money”. Then people say they like being good at what they do, initiate new things, and deliver customers the best they possibly can.

But why do we always assume that other people are motivated – and motivated only – by money, and the way to get them to do stuff is by financially incentivizing them, but we? no we do things out of intrinsic motivation, because we want to do the best we can and contribute to the success of our firm. Is everybody really so different from us?

If you hadn’t noticed: that was a rhetorical question.

So why do we assume other people are only motivated by money? My guess is it goes back to why we organise our firms the way we do. How we, in our society, organise our companies is basically based on two sources: 1) The Roman army (i.e. a hierarchy with unity of command), 2) economics.

Economics has had a huge influence on how we govern our firms. For example, the use of stock options to incentivize and reward top managers comes straight out of “agency theory”, and the spread of this practice has been linked to the spread of “agency theorists” across business schools in the US after which, gradually, the phenomenon started to diffuse. And there are other examples.

Yet, economics – including agency theory – works from the assumption that people are rational and self-interested. The will work if they get rewarded for it. But if they don’t receive a direct reward or nobody can really observe their efforts, they will “shirk” and be lazy. Under this logic, indeed, you have to incentivize people; otherwise they won’t do a thing.

And I guess to some extent, we are indeed rational and self-interested, and hence motivated by money. However, there is another fundamental aspect to our human nature, one which through millions of years of evolution has made us the way we are: we like being part of a community and contribute to the well-being of that group.

Because we, humans, evolved as being part of a tribe. And people who were purely self-interested, shirking and lazy would be kicked out of the tribe, clubbed to death, if not consumed for dinner. So our gene base evolved into making us a bit self-interested but equally also community-lovers. Our deep human nature is that we all like doing things not only for our direct individual reward but also because it contributes to the community that we are part of. This community used to our tribe. Nowadays, it is often our organisation.

And if you, as a manager (i.e., headman) manage to tap into that deep fundamental need among your employees, you can build a powerful firm indeed. People love to do stuff that strengthens their firm, fulfils them with pride, and makes us feel stronger as a whole. We don’t need to be financially incentivized to do that; it’s our human nature. 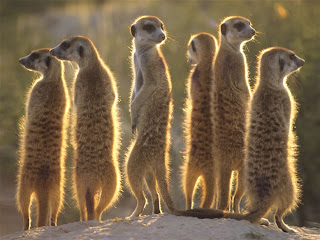 Related Tags: Making Strategy
Previous Topic: Human nature: Self-interested bastard or community-builder?
Next Topic: Information overload – and how to deal with it (if you’re the one loading)