How to justify paying top managers too much

The level of top managers’ compensation is often a contentious topic of much spirited debate. Basically, most people think these buggers get paid too much. The buggers claim it’s simply the result of the market mechanism; supply and demand: Good buggers are scarce and therefore they earn hefty salaries (like movie stars, football players and other half-gods-to-be-worshipped).

Although there is of course a bit of a market at work, it has to be said that the people who determine the pay of a company’s CEO – the board of directors – do face a conflict of interest of sorts. Board memberships are nice jobs to have, in the sense that they are usually rather lucrative gigs and provide a pleasant dosage of power and prestige for those who get them. And – and this is where the conflict of interest arises – it’s mostly the company’s top managers who nominate new board members. In the spirit of “don’t bite the hand that just fed you”, board members may be inclined to nominate their benefactors (i.e. the CEO) handsomely by returning the favour in the form of a nice compensation package.

Moreover, as research has shown, those directors who deviate from this social norm (and for instance vote for a relatively low CEO compensation package) will be frowned upon by the rest of the business elite, spat at and given the cold shoulder until they “come to their senses” and don’t display such ridiculous behaviour any longer.

For this reason, in various countries, boards of directors now have to justify the compensation packages that they give to their CEOs by explicitly comparing the firm and its performance to a “peer group”. The idea is that, due to this forced comparison, it becomes more difficult for boards to step out of line.

The tricky thing is, of course, how do you determine who the company’s peer group is…?

It seems most logical to simply pick a group of firms in the company’s main industry, right? Right… but even firms in one and the same industry are usually not entirely comparable; you have many different types of banks, pharmaceutical companies can be vastly dissimilar, software companies are hardly all alike, and one retailer is not identical to the next one. Therefore, boards have a bit of flexibility regarding who to include in their firm’s “peer group”. And that’s of course a rather inviting opportunity for a bit of old-fashioned manipulation…

Professors Joe Porac, Jim Wade and Tim Pollock analysed the composition of the peer groups chosen by the boards of 280 large American companies. For each peer group, they examined how many firms were in there that were not from the company’s primary industry – thinking that then there just might be something fishy going on. Subsequently, they looked at the financial performance of the peer groups, of the companies in the sample, the performance of each company’s industry and the size of the CEOs’ compensation packages.

They found that boards would usually construct peer groups consisting of firms in the company’s primary industry. On average, there were some 30% of firms in those peer groups that weren’t in a company’s line of business. But, guess what: This figure increased significantly if the firm was performing poorly; then the board would construct a peer group of firms (outside the company’s industry) with quite mediocre performance, to make the firm look better. They did the same thing if everybody in the company’s industry was performing well; then a poorer performing peer group obscured the fact that the good performance of the company was nothing unusual in its industry, again making it look comparatively good.

Finally, boards would compose peer groups that consisted of comparatively poorly performing firms from outside the company’s industry if its CEO received a relatively hefty compensation package; then the seemingly high performance of the firm would come in handy to justify the CEO’s big bucks.

Joe, Jim and Tim concluded “boards selectively define peers in self-protective ways”. Which simply means that they dupe us to pay the buggers too much. 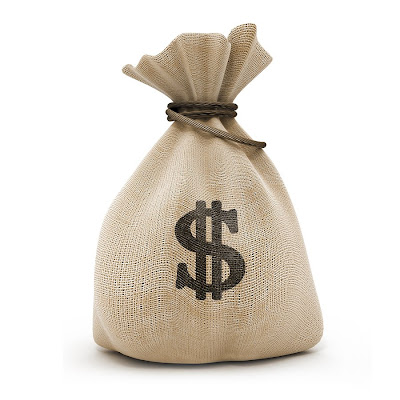 Related Tags: Research, Top Managers
Previous Topic: Say what…?! Making strategy made simple
Next Topic: How to justify paying top managers too much

One Comment for “How to justify paying top managers too much”