How big is your yam? (not that it matters)

Why are so many executives so pre-occupied with the size of their company? Like bigger is always better. It especially annoys me when it is used as an excuse for acquisitions.

“This take-over will immediately make us the largest company in the industry”. So?! What is your point?!

I am sure being the biggest can have certain advantages, but that doesn’t mean that bigger (let alone being the “biggest”) always automatically is better. If you can explain to me why more scale is better, ok, but until then, I remain sceptical.

Of course company size is often associated with (financial) success. For example, the firms that always feature on “the most admired companies” lists are usually Behemoths such as Toyota, Dell, Intel, Wal-Mart, and Pfizer. Several of them became big through acquisitions.

And I am sure a company worth £10 billion attracts quite a bit more attention (for instance in the business press) and admiration than any of the 10 companies that they acquired that were worth a mere £1 billion. But that doesn’t mean that our ten billion Behemoth generates more profits than the 10 smaller ones would have made in combination. It wouldn’t have been as eye-catching, to have 10 small ones instead of one biggie, but it just might have made more sense (and money).

Importantly, managers who opt for a strategy of increasing size reverse cause and effect; although success will likely make you bigger, striving for size per se is not necessarily going to make a company more successful.

They actually remind me of the aboriginals on the Micronesian island of Ponapae. What in their society contributed to a man’s prestige was owning a very large yam. This cultural trait had come into existence because it represented an indication of a person’s skill as a farmer. However, gradually people’s efforts to obtain or grow one big yam started to be detrimental for their welfare, in the sense that it distracted effort and attention away from all other activities, causing malnourishment and hunger. People were putting all their resources, time and effort into growing one giant yam, while their fields were left unattended, their huts crumbled around them and their children cried of hunger.

Similarly, striving for size itself may be counterproductive for companies. It is quite possible that focusing all ones resources and efforts on becoming bigger (for the sake of being big) might actually decrease the firm’s chances of becoming successful. Gaining size may result from firm success, pursuing size per se, rather than success itself, may be quite detrimental. 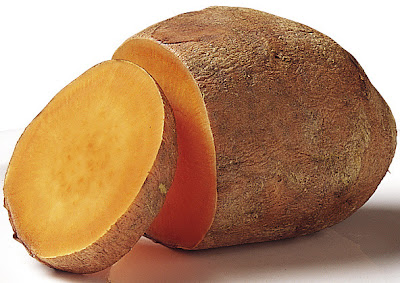 Related Tags: Acquisitions, Growth
Previous Topic: How well do you know your company? (my guess is not very well at all…)
Next Topic: Seeds and fertiliser – how to build a firm