Ok, let me tell you one more story. Once upon a time there was a plumber, called Geoffrey Ward, who lived in London. One day a local government official told him he would have to vacate his workshop and office because it was located in an area reserved as a retail zone.

Geoffrey decided to place an old, slightly exotic-looking, artistically shaped radiator, which he had removed for a client because it was broken, in the window of his workshop, just to make it look like a shop. Yet, in the following days and weeks, people kept knocking on this door asking whether they could buy that funny-shaped radiator. Not for long, Geoffrey realised that he could have made quite a lot of money had he been able to sell such a “designer radiator” and decided to change profession. This was how the company Bisque, who produce and distribute designer radiators, was founded. 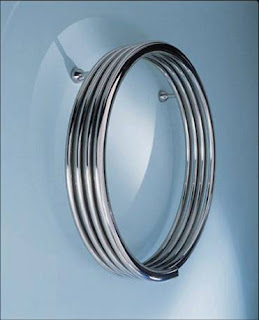 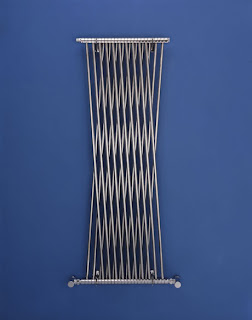 Luck you say? Of course but, as said before, many people don’t take advantage of luck even when it is staring them into the face; Geoffrey did.

Andy Grove, former CEO of Intel, called it “strategic recognition capacity”. He could have said “know it when you got lucky” (but I’m sure you agree that that wouldn’t have sounded as fancy). Intel, who of course became one of the most successful companies ever by producing microprocessors, also got lucky. In the early 1980s, they were working on microprocessors when they did not have a clue what they would be able to use them for.

They even made a list of potential applications – which had anything on it ranging from handheld calculators to lamp-posts. Yep, lamp-posts. What was not on it was: the computer. It was not until IBM kept persistently knocking on their door that they said “alright then, you can put our product in this thing you call a PC”.

Yet, was this all down to luck? Of course not, Andrew Grove and his partners recognised the opportunity when it came knocking on their door (in the shape of Big Blue’s rather sizeable fist). But there’s more to it.

“Fortune favours the prepared mind”, Louis Pasteur famously said. He got lucky several times, making important yet serendipitous discoveries (such as a rabies vaccine). Yet, it was not mere chance that it was Pasteur who made these discoveries: 1) he recognised opportunities that presented themselves to him, but 2) also had the skill, knowledge and ability to turn them into something useful. That required many years of careful practice and training.

Moreover, and importantly, he wasn’t sitting in his kitchen waiting for lucky events to fall into his scientific lap. He was actively experimenting with lots of things. Most of them were bogus; others not.

And that is what Intel did: running many experiments in the margin. Most of them failed and wasted money. But one sunny day, one of these experiments just might result into a thing called “microprocessors” and, believe me, you won’t shed a tear about all the other ones that failed.

One Comment for “Getting lucky – fortune favours the prepared firm”