I’ll admit it: I have a love-hate relationship with organisations. On the one hand, they’re fantastic, and they produce things that no individual could have produced by himself, such as airplanes, open-heart surgery and sky-scrapers. However, on the other hand, they can be incredibly stupid. British Gas who sends 28 letters and 3 bailiffs for a £100 bill despite having received evidence on multiple occasions that the meter is your neighbour’s (as you may gather, this is not a hypothetical example…), Firestone which continues to invest in bias tyres while the whole world (including their own employees) understands radial technology is the future, and Ahold which continues to make acquisitions although even the most junior HQ employee is starting to suspect things are getting out of hand.

Yet, the thing that I probably dislike most about large firms, is that so many of my (very well-educated and intrinsically motivated) friends seriously dislike going to work on a Monday morning – because, despite the façade, corporate life is rather dull, repetitive and unexciting. I also think this is probably the clearest symptom that organisations are not making sufficient use of the potential of what is likely to be their most valuable resource: people.

But many large organisations would like to be more entrepreneurial and vibrant. And therefore, they send their employees on training programmes and culture courses, in which they build sandcastles together, climb poles, play drums or go line-dancing, to develop some positive team-spirit, and provide them with entrepreneurial energy and creativity.

My favourite anecdote regarding this issue comes from my late and great colleague Sumantra Ghoshal, who used to say the following: He would tell executives that every year in August, during his children’s summer holiday, he would take them to his native Calcutta for a month. However, down-town Calcutta would be so humid and hot in August that he could not do anything else than lie on his bed and be sleepy all day. However, when he’d spend spring in Fontainebleau – where he lived for many years when he was on the faculty at INSEAD business school – which is located right in the middle of a protected forest in France, he could not help become cheerful seeing the flowers blossom, start to whistle a song, run through the forest and leap up to grab a branch!

“The problem with large organisations”, he’d say, “is that most of them create down-town Calcutta in summer within them”.

And then they send you on a training course to improve your creativity and entrepreneurial energy. “But the problem is not me!” he’d shout; “place me in the Fontainebleau forest in spring and you’ll see that I have all the energy and creativity you’ll ever need”. I don’t need a course; you need to change your organisation. 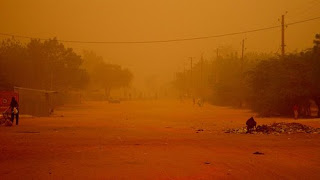 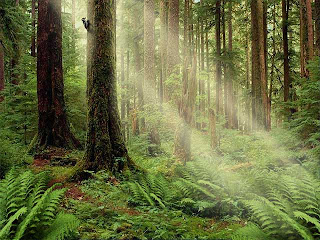