Does downsizing work, ever?

Workforce downsizing has been a popular pass-time lately (i.e. over the past decade or two); more and more companies announcing mass lay-offs programmes, even if they’re not in financial trouble. The practice started in the early 1980s, when economic slowdown more or less forced firms into it, but proved to not be a passing trend when in the ensuing decades many firms continued to engage in systematic workforce reductions.

Of course firms engage in downsizing hoping to boost their profitability. But does it work? It has obvious advantages – waving the hatchet tends to lower headcount quite effectively, which obviously leaves you with lower labour expenses – but also some potential disadvantages – such as lower commitment and loyalty among the survivors. It is not immediately clear whether the positives will outweigh the negatives, or vice versa.

Therefore, Professors James Guthrie, from the University of Kansas, and Deepak Datta, from the University of Texas at Arlington, decided to research the issue in a systematic way. They managed to obtain in-depth data on 122 firms that had engaged in downsizing and performed various statistical techniques to examine whether the programme had improved their profitability. The answer was a plain “no”. 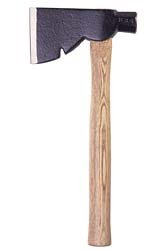 Beforehand, James and Deepak had thought that downsizing would likely be harmful for firms that rely heavily on people (such as firms in industries in which R&D is very important; firms with low capital intensity) and firms that are in growth industries (since it would be more difficult to justify mass lay-offs there). And they were right; in those type of businesses, downsizing programmes significantly reduced firms’ subsequent profitability.

However, they had also expected the reverse to be true; that firms in industries in which people were less central to companies’ competitive advantage (firms in industries with low R&D firms with high capital intensity) and firms in low-growth industries would be able to get away with downsizing programmes, and increase their profitability as a result. Yet, there they proved to be wrong. Even in such businesses, downsizing didn’t help a single bit, and usually lowered performance. In fact, they couldn’t find a single business in which downsizing proved beneficial for firms.

Of course, firms in trouble need to do something. However, simply reducing your head-count won’t do the trick. As Fortune Magazine observed, most firms that downsize, “rather than becoming lean and mean, often end up lean and lame”.

2 Comments for “Does downsizing work, ever?”