Have you ever heard that you can see the Great Wall of China from outer space? Well, it’s a myth.

Have you ever heard of “Chinese Walls” inside professional organisations, such as management consultants or solicitors, who face a potential conflict of interest for instance because some of their employees are working on different clients that compete in the same line of business? They claim they have “Chinese Walls” inside their firms because their consultant or solicitors are not allowed to even talk to each other, let alone share information. Well, believe me, those are usually a myth as well.

Take investment banks. Investment banks often have a research department which employs analysts who provide recommendations whether we should buy or sell the shares of a particular company. A “sell” recommendation by such an analyst is quite a pain (in all sorts of body parts) for a company because their influence can be substantial in the sense that the firm’s share price will likely fall as a result of this recommendation. A recommendation to “buy” is obviously a much more cheerful event.

Such investments banks, however, often also have a Corporate Finance department which is trying to secure deals to advice companies on things like debt, equity or M&A transactions. The potential conflict of interest is clear: If a bank’s analyst would provide a “sell” recommendation for a (potential) client company, this is going to be one valued client who is “not amused”…!

Some companies are known to even explicitly select only those investments banks to represent them on their deals who have awarded them positive stock recommendations in the past. In any case, if a bank is chatting up a client on the left side but recommending “sell their shares; now!” on the right side, this client might just tell them to f-off.

So how do investment banks deal with such potential conflicts of interest? “Chinese Walls!” they’ll so firmly declare that you will almost believe it. “We have Chinese Walls in our firms, so that the Corporate Finance guys cannot pressure or even have lunch with the security analyst dudes”. Yeah right…

Professors Mathew Hayward and Warren Boeker – at the time based at the London Business School – investigated exactly this issue. They selected 70 companies from a variety of industries (e.g. biotech, oil and gas, restaurants, telecom), collected a total of 8,169 analyst ratings that had been issued for them, and analysed the investment banks that had been involved in their equity, debt and M&A deals. Then they statistically examined whether analysts made more positive recommendations for those firms who their banks were also serving as clients. The answer was a clear yes; in 80% of the cases, analysts would rate a company higher than their peers at other investment banks if this firm was also a client.

This was true when the rating was issued before the deal – at a time when the bank’s Corporate Finance department was likely bidding or at least eyeing up a potential client – but also after a deal had been awarded, when the company was now officially a customer, and apparently able to exercise power. However, the closer the issue date of the rating to the deal date, and the larger the client, the stronger this influence was.

While the Great Wall of China might have been helpful keeping the Hun tribes out of China, the mythical Chinese Walls inside our professional corporations are apparently much less apt at curtailing the influence of powerful stakeholders. Their presence can be measured and felt – at the end of the day all the way into their shareholders’ pockets. 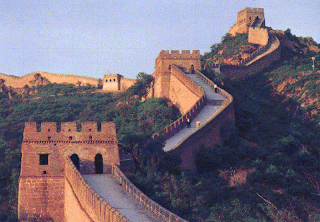