Complex yet so simple. Or was it the other way around…?

As a junior professor, starting to teach strategy at the London Business School, one of the first cases I ever discussed was that of a hotel chain in the south of the US, called La Quinta. It was a great example, not only because it came with a video featuring the famous Harvard Business School professor Michael Porter (who was goofy enough to make me look normal), but because it illustrated a particular point well: That, over time, successful organisations become both more complex and more simple.

What the heck did I mean with that (my students tended to ask)?! Well, over time, successful firms fine-tune their organisations to do even better what they already do well. They learn to operate through a particular set of procedures, gradually develop and employ a very appropriate yet intricate incentive system, organise a few specialist departments or functions focused on some specifically thorny issues, and grow a culture which is highly suited for the task at hand. And, as a result, they become quite a subtle and “complex” organisation.

Yet, such an organisation usually is also quite simple. What did I mean with that – complex AND simple…?!

For example, at the time, La Quinta hotels tailored to traveling sales people. People who are on the road all the time, work on commission, and often receive a travel budget (which they can spend or pocket). La Quinta targeted those customers (and those customers only). They located themselves literally on the highway, often next to a large parking lot. They did not operate any restaurant or offered any form of room-service but that was fine; opposite the parking lot would always be a diner, McDonalds or Pizzahut, and the salespeople would be happy to use those.

They did have spacious and very quiet rooms, which were standardised across all La Quintas, among others to give the salespeople a familiar feel away from home. And, above all, they offered low prices. It was perfect for the sales people, and every aspect of a La Quinta fell perfectly in line with the sales people’s needs. In this sense, La Quinta’s entire organisation was very subtle and “complex”.

But that would also make it simple. It could only do one thing, and target only one type of customer: the sales people. As soon as something would happen that kept away the sales people – a recession, a large business center in the vicinity moving away, etc. – the hotel would be vulnerable. It could not switch to high-end executives; after all, it didn’t have a restaurant, room service or business center. But it could also not switch to tourists; they were located on a highway for Pete’s sake, at a parking lot across from a diner! Let alone that they operated a family pool.

That’s the danger of being both complex and simple. You learn to do one thing very well; but one thing only… And when the world changes on you – which it usually does – that might get you into trouble. 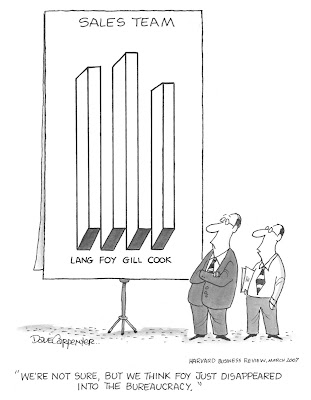 Related Tags: Companies
Previous Topic: Complex yet so simple. Or was it the other way around…?
Next Topic: Inebriated cyclists