Do you know why we so often remunerate CEOs through stock options? Because we do; that 40-50 percent of a CEO’s pay consists of stock options is nothing unusual.

Of course it is to tie a CEO’s pay more closely to the performance of the firm s/he is heading. Inherent in the design of CEO pay packages is the assumption – driven by what is known as “agency theory” – that if you simply put them on a fixed salary, they will be lazy, won’t take any risks and certainly won’t do a thing that will only show up in the company’s results years from now (and hence only benefit their successor). No, these CEO types really need some pay incentives closely tied to the long-term performance of their firms.*

So, we use stock options to tie their rewards to the long-term performance of the firm. However, that could also be done through other means (e.g. shares), right? Correct; we specifically use options to also make these CEO buggers more risk-seeking.

Say what?! (you might think) More risk-seeking? Is that really what we need?! Yes, this agency theory stuff, which determines how we design CEO pay packages, assumes that CEOs are more risk averse than shareholders typically would want them to be. Therefore, in order to stimulate them to take more risks, we reward them through options.*

But what sort of risk-taking does this really lead to? Because what agency theory has not really acknowledged and explored is that there are various types of risk. Some risks may be good; some are not so good… Are we sure these stock options lead to sensible risk-taking?

No I am not so sure. Also because two strategy professors actually measured this stuff: Gerry Sanders from Rice University and Don Hambrick from the Penn State University. They examined 950 American CEOs, their stock options and their risk taking behavior. They found that CEOs with many stock options made much bigger bets; for instance, they would do more and larger acquisitions, bigger capital investments and higher R&D expenditures. That is, where CEOs with few stock options would prefer to invest $50m in a particular project, they would plunge in a $100m.

Yet, I guess those could still be regarded “good risks”. Gerry and Don, however, also found something else: Option-loaded CEOs delivered significantly more big losses than big gains…! They would more often lose than win the big bets. Surely that is not something anyone would want.

And why is that? Well, through these stock options, you have created individuals at the helm of your firm who only care about upside, but can’t be bothered with the size of the downside; whether they lose 10 million or a 100 million, their stock options are worthless anyway.

And I guess that’s not something even the biggest risk-loving shareholder would applaud. Stock options lead to risk-seeking behaviour, but they’re not always the risks you’d like them to take. 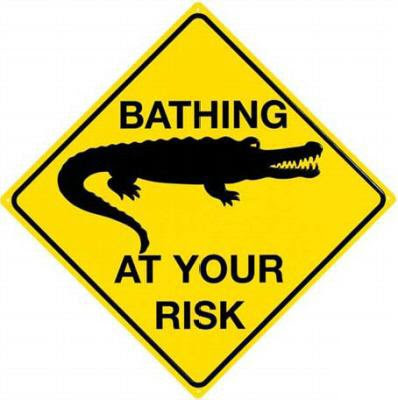 * Although it always makes me wonder whether, even if these incentives would work fine, you would really want a person like that – someone who needs those type of incentives – to be heading up your firm, or whether you then shouldn’t look for someone who would also do the best they can if on a fixed salary…? But anyway; that’s besides my current point.

Related Tags: Research, Top Managers
Previous Topic: In a downturn, manage your revenues, not your costs
Next Topic: CEOs and their stock options… (oh please…)