Advice or influence? Why firms ask government officials as directors

Let’s face it; outside directors are just a very strange phenomenon in our global economy. They form a business elite that operates as a self-governing clique. Moreover, these people are amateurs. Literally. The supervision of the management of a globally diversified company is just something they do on the side – a couple of days per year or so. Often they are CEOs of other companies – so that might help a bit (or harm a bit…) – but typically they have about half a dozen of these gigs. So, they can’t let any single one of them distract them too much.

It is a bit like we manage our own personal finances – paying bills and filing bank statements etc. In the evening, after a hard day’s work, while watching the X-factor, we quickly glance over the financials and put our signature on the most necessary evils before making a cup of coffee and turning our attention to the newspaper. Bills, bank statements, the accounts of a multinational; what’s the difference really?

But not all outside directors are (ex) CEOs. Quite often, companies also invite ex government officials to serve on their boards. The reasons for that, as research has indicated, are not too hard to fathom: They can provide advice, but they can also provide influence. I guess there’s nothing wrong with buying advice, but the idea of buying influence may be a bit more morally challenged…

Government officials can provide specific advice on how to deal with government-related issues. They have specific knowledge and experiences and can therefore provide valuable advice. But ex officials can also offer contacts for communication which are not accessible to other companies. Then, directorships start to become the currency used to buy influence, which makes it a bit more dubious. It certainly gets dubious if they provide for a direct way to influence political decisions. Some people have even suggested that board memberships for ex government officials are rewards for “services” rendered while they were in government… which would certainly be in the “barely legal” category.

It’s hard to examine which of the aforementioned reasons motivate firms to invite ex government officials onto their board. However, by analysing exactly which individuals get offered the job, we can get a bit of a sense of what’s going on. Professor Richard Lester from Texas A&M University and some his colleagues analysed this question – which government officials are most likely to be approached to serve on a board? – using data from the United States. They tracked all senators, congressmen and presidential cabinet ministers who left office between 1988 and 2003 and figured out which of them got offered directorships.

They found that the longer officials had served in government, the more likely they were to be approached for a directorship. I guess that could be because more experience gives them more influence but also because experience made them better advisors. Presidential cabinet ministers were more likely to receive board invites than senators, who were more likely to be approached than congressmen. I think this starts to lean towards an “influence” explanation for board invites rather than an “advice” one, but I guess one could still argue that cabinet ministers are simply the better advisors.

However, another clear finding was that these people would either get asked for a board very shortly after leaving their government position or not at all. Senators and former cabinet officers would usually be snapped up in the first year after leaving office. This could hardly be because after a year they all of a sudden would make for lousy advisors; it’s much more consistent with the fact that their ability to influence government decisions quickly deteriorates after leaving office. And it seems consistent with the idea that they get offered the job in return for services already delivered…

Finally, Richard and colleagues examined what happened in the case of a government change; that is, if the party in power (in the House, the Senate, or the White House) shifted from Democrat to Republican or vice versa. The effect of this was clear; the ex government official, associated with the party no longer in power, would lose much of his attraction as a potential board member. Because if the wrong party comes to power, you just lost much of your power to influence and with it your value as a potential board member. Clearly this points at an “influence” argument; companies ask ex government officials on their boards to bend political decisions in their favour. And I’m afraid this puts these officials firmly in the barely legal category. 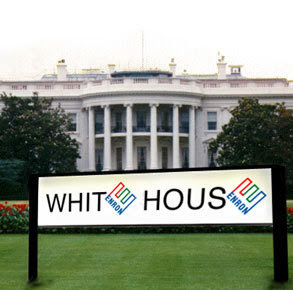 Related Tags: Research
Previous Topic: How to tame an analyst
Next Topic: Advice or influence? Why firms ask government officials as directors