It was always hard to think of a nicer business to be in than pharmaceuticals. Think about it, how much more price insensitive can customers be? In many countries, due to medical insurance, the people deciding on what product to purchase (i.e. doctors) are not the ones paying for it, nor are the people who are actually swallowing the pill! And what if these consumers were responsible for payment, what are they going to say “are you kidding, 30 pounds for that pill is really overpriced; I’d rather die!” Well, that’s the problem, you just might…

Moreover, it’s not that there are many substitutes available for chemical drugs; acupuncture and an occasional mud-bath and that’s about it. Furthermore, the suppliers of the pharma companies are hardly able to squeeze the profit out of them, as the raw materials are usually bulk commodities. On top of that, the entry barriers into the industry are huge, among others due to lengthy product development times and enormous upfront financial investments required (about half a billion for an average new drug).

Best of all though, is that demand is virtually unlimited! It’s not that we’ve already ran out of diseases to cure. And, if so, many drugs have such severe side-effects that we need other drugs to suppress them! A cycle as virtuous as I have ever seen one. Yep, pharmaceuticals was a nice place to be in.

But lately, pharmaceutical companies have been showing signs of distress. This distress is merely relative – because they’re still making money by the bucket – but once you’re used to a Gucci life it is not easy to downgrade to the Gap. One reason for the damsels’ distress is the fact that for many companies, product pipelines have all but dried up; R&D departments are just not coming up with the goodies.

There may be various reasons for this problem, but it is quite clear from academic research that innovation becomes more difficult when you’re old and rich. For example, Professor Henrich Greve, currently at INSEAD business school, examining Japanese shipbuilders over a period of several decades, found that firms with deep pockets invested quite a bit more in R&D but, concurrently, also launched fewer new products. Professors Jesper Sorensen and Toby Stuart, at the time both at the University of Chicago, examining firms in biotech and in semiconductors, found that older firms came up with more innovations but that these were usually less influential and concerned mere variations on already well-known themes.

The problem for top managers is that a lack of innovation is not solved by money alone. Top managers can decide many things; the can decide to acquire company X, throw in money and a team of bankers and see it done. They can decide to enter country Y, tell business development to make it so, and it will happen. They can choose to change an incentive system from individual to group rewards, and HR will do it. However, you can’t just decide to have more innovation. You can say it, order it, shout it really loudly but that doesn’t mean products will magically materialise. Innovation is a subtle process that involves many aspects of the organisation, some of them tangible but many of them much more tacit and informal. And once those start to ossify, there’s no pill that will cure that. 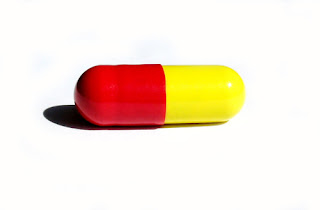