“Time compression diseconomies” – too much, too fast

As a child, I used to have cello lessons on Saturday morning. I would play a certain piece in front of my teacher and then she would give me a new piece to practise for the next week.

Some weeks, however, I did not practise on Sunday because I was out playing football. On Monday, I was at the Boy scouts, on Tuesday playing at a friend’s house, on Wednesday I forgot about it altogether, and so on. By the time it was Friday, I would realise, “oops, it’s my cello lesson tomorrow, and I haven’t practised at all yet…!”

What then I would usually do, is think, “I will just practise for three hours in a row now; that’s the same amount of time as half an hour each day for six days, and I am sure I will be fine”. But I never was…. It never worked. The noises coming out of my cello would be outright terrifying, reducing innocent passers-by to tears; with my teacher’s ears (and mine) hurting for hours after she’d hastily sent me away.

And I wondered, as a nine year old, how is that possible? Three hours is three hours, right? Why does this not work: three hours on Friday instead of half an hour each day for six days in a row?! 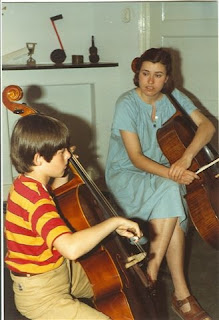 Of course, as adults, we realise that our brain needs rest in between practice sessions. It needs to recuperate before you can put new information and skills into it, and the periods of “inactivity” are just as important as the practice itself. Practice sessions are much less effective if you don’t have the slow periods in between them.

Yet, nowadays, examining corporate strategy, I see many firms who have set themselves ambitious growth targets fall into the same trap. In order to catch up with competitors, for instance, they enter new markets at double the speed, undertake twice as many acquisitions, or hire double the number of employees. But, unfortunately, it doesn’t work that way. Just like me practising the cello, organisations need rest and time in between growth spurts to recuperate, and digest the effort. Trying twice as hard does not mean you’ll get twice the benefits. There are limits to how fast you can grow, without starting to suffer from it.

We call this “time compression diseconomies” – a term cornered by professors Dierickx and Cool from INSEAD. When you, as an organisation, try to compress lots of effort and growth into a short period, it will not be as effective as when you spread it out over a longer period of time (which is why we call them “diseconomies”).

A large research project I undertook examining the growth strategies of 25 multinational companies showed exactly this: growing at a moderate yet steady pace increased profitability much more than did short outburst of rapid expansion. And, unlike the effect of my youthful cello efforts on my teacher’s auditive organs, these firms’ performance really was music to their shareholders’ ears.

6 Comments for ““Time compression diseconomies” – too much, too fast”