“Innovation networks” and the size of the pie

It’s becoming a bit of a corporate buzzword – “innovation networks” – but one that (to my slight disappointment) I actually quite believe in.

More and more companies I see and talk to seem to realise that it is quite difficult to be innovative on your own. For true innovation, almost by definition, you need a wide variety of capabilities, knowledge and insights. It is just difficult to find such diversity within one organisation. If you, as a firm, are trying to come up with fundamentally new things, you would likely do well to also look outside your own organisation’s boundaries, whether anyone knows anything that just might be useful and interesting for you.

This is what “innovation networks” are about; combining and tapping into other companies’ knowledge resources to, collectively, come up with something that neither firm could have done by itself.

IBM, for example, does it consistently and in a highly structured way. They work with specific partners on specific projects. Some of these partners are from outside their industry but others could even concern straight competitors. For example, in their Cell Chip project, developing multi-media processors, they work with Sony, Toshiba and Albany Nanotech. In their Foundry R&D project, designing manufacturing processes for mobile phone chips, they work with Chartered, Infineon, Samsung, Freescale and STMicroelectronics. And they have several other similar projects, with yet different groups of partnerships.

However, the networks can also be of a more informal nature. For example, the successful Sadler’s Wells theatre in London, which focuses on the creation of ground-breaking modern dance, has no orchestra or ballet of its own. Instead, it tries to create innovative modern dance shows by putting artists in touch with each other who otherwise would not have worked together. They organise dinners during which those artists meet, they give them some studio time and budget to improvise and experiment, and assist them with advice and other facilities to get them to combine their skills and talents to create new forms of modern dance. What they ask in return is that the artists premiere their performance in Sadler’s Wells.

The most striking example of informal innovation networks I have seen, however, is that of Hornby; the iconic English producer of little model trains and Scalextric slot car racing tracks. They have some more or less formal alliances with software producers and digital electronics companies, which for instance led them to develop virtual reality train systems and digital slot car racing tracks (allowing multiple cars in lanes, which can overtake each other; clearly the most prevalent schoolboy dream since the emergence of Samantha Fox!). Yet, they also have some striking informal networks, which stimulated their innovativeness.

For example, one of their latest innovations is a real steam train (which retails at a whopping £350), and I mean real steam. The little whistler doesn’t run on electricity but on actual steam. The interesting thing is how they came up with it. Well, or actually, they didn’t… One of their customers did. They maintain close networks – on-line, by organising collector clubs, tournaments, etc. – with their collectors. Through these networks, they learned about a hobbyist who had invented a real model steam train. They went to visit him and adopted his rudimentary technology.

But the most striking example of their informal innovation networks I saw when I visited Frank Martin, Hornby’s CEO, at the company in Margate some time ago. In his office lay a piece of slot car racing track. “Look” he said “a very innovative and sophisticated new surface, which is not only much more realistic but also much less slippery for the toy cars. Our Spanish competitor sent it to us”. I said “what?! why would your competitor do that? are you sure it is not a fluke? are you paying them for it?” And he replied “no, whenever they invent something new, they send it to us. And we also send them stuff”.

They have no contracts or any other formal arrangements in place for these exchanges. They just figure, ‘we could shield our innovations from our competitors but we’re all much better off if we share them’. The size of the pie (the total size of the market) will increase as a result of it, and they all benefit; much more than when they would all keep their innovations to themselves.

It is a peculiar type of innovation network, if your customers and even competitors become part of it and share their innovations with you, purely on the basis of trust and reciprocity, but it is certainly a formula that works for Hornby. They managed to quintuple (I had to look up this word) their stock price over the past few years, partly as a result of such innovations. Innovation is important to many companies in many businesses; too important to (merely) leave to your own devices. 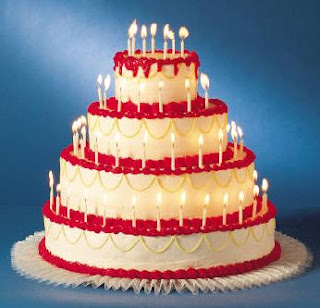 One Comment for ““Innovation networks” and the size of the pie”