The line above probably didn’t mean much to you, unless you’re Dutch.

No I am not getting a commission for rehashing their old marketing slogan (which it is; I guess you could translate it as “heavenly, clear, Heineken”), it just reminds me of the acquisition strategy they used under the reign of their illustruous former chairman Freddy Heineken (who unfortunately died a few years ago).

Since I have been known to sound slightly sceptical (yes, this is a good english eufemism) of the vehicle of corporate take-overs, people sometimes ask me which company’s acquisition strategy I actually like… A painful silence (to this fair question) used to ensue. But no longer! Since I didn’t want to create the erroneous impression that I think all acquisitions and acquirers are bad, I decided to look for one.

And I found Heineken. It happens to be a product that I studied extensively during my student days but some time ago I also really dug into their past acquisition strategy, and whether it made sense. And I have to say “heerlijk, helder, Heineken” or, in english, “yes”.

This is what I like about it. Many managers see acquisitions as a relatively easy and quick way to increase the size of their company, in comparison to the painstaking process of organic growth. Yet, they forget that owning a bunch of companies doesn’t necessarily turn them into one organisation. Successful companies often have a high level of coordination between the various activities and parts of their organization. This involves technology and systems but also intangible characteristics such as a shared culture and informal networks. Research by Wenpin Tsai and Sumantra Ghoshal, published in the Academy of Management Journal, showed that these organizational abilities take ample time to grow and develop. Freddy Heineken realised this; he did quite a few acquisitions, but not too many, and carefully added and integrated them into his company.

Moreover, he did not see them as a substitute for organic growth but, instead, as an enabler of it. He used to undertake acquisitions with the explicit aim to create further opportunities for organic growth for both the acquired company (which benefited from Heineken’s knowledge, purchasing power, etc.) and for the Heineken brand (which benefited from added local distribution).

Heineken’s focus was always on profitability, rather than scale per se. This made him stubbornly resist loud calls (for instance by analysts and investors, and some business school professors…) to merge with a major rival. Freddy used to say, “I don’t want to be the biggest; I want to be the best”. And he was. 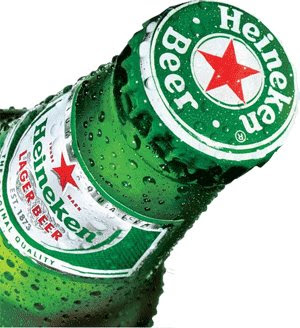