Some time ago, I interviewed a guy called Al West. And Al is quite a guy. Not only because he is the founder and CEO of SEI, an investment services firm headquartered in Oaks, Pennsylvania, which is worth about 4 billion (of which he still owns about a quarter) but because of the way he runs his company.

For example, I asked for the contact details of his secretary to put an appointment in the diary. He doesn’t have a secretary. Actually, he doesn’t even have an office. And when I went to their London office to speak to him, reported at reception and asked for Al West, the lady behind the desk said “Who? Al West you say? Let me see if we have anyone in this company by that name”. Al doesn’t strike me as the stereotypical autocratic, macho CEO.

What Al does strike me as – and which is the reason why I wanted to talk to him – is a “serial changer”; or at least that is how one of his employees described him to me. He is altering his organisation – in terms of its structure, incentive systems, decision-making procedures, etc. – all the time, never quite satisfied and never quite done. And somehow, I suspect that is part of the key to his company’s success.

In 1990, Al broke his leg in a skiing accident. He lay in the hospital staring at the ceiling for about 3 months. When he came back to work, despite the company growing and performing well, the first thing he did was completely reorganise the entire firm. His employees thought, “why change a winning formula? he must have been quite bored and couldn’t think of anything better to do. I am sure it will pass”. But it didn’t pass. Ever since, Al has been reorganising his company regularly.

And he does it because he doesn’t want to allow his organisation to become settled and “comfortable”. SEI has been growing steadily for decades now, with an impressive – and impressively stable – 30% per year. Yet, Al never does any acquisitions (he feels they would disrupt the smoothly-running organisation). Yet, unlike many other successful companies, SEI doesn’t get trapped in its own success and gradually grow rigid and inert. SEI continues to innovate and grow. 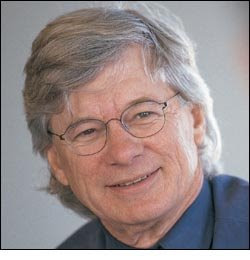 The reason why many very successful companies find themselves in trouble in the long run, is that they become too insular, narrow and set in their ways. This leads to problems when their environment changes. Yet, Al’s regular changes to his organisation prevent it from becoming set in its ways. Moreover, powerful people and groups within an organisation usually, over time, become even more powerful (because they can get their hands on even more resources, budget and people); too powerful for the good of the firm. Yet, in SEI people don’t get a chance to create fiefdoms and accumulate influence beyond what’s good for the company. Al doesn’t give them the time to do it.

Along similar lines, my colleagues Phanish Puranam and Ranjay Gulati examined periodic structural changes within Cisco. And they found that Cisco’s many reorganisations helped to solve some tricky coordination problems within the firm. In many organisations, over time, employees become focused on their own unit, group or department. It’s their perspective that they view things from, that’s where there social networks lie and whose interests they pursue. By regularly reshuffling departments, however, Cisco’s people not only are forced to develop new perspectives and cooperate with other people, the contacts and perspective of their old group (now dispersed across the firm) are still available too, so that the firm gets the best of both worlds. Professors Nickerson and Zenger found similar patterns examining Hewlett Packard’s regular switches between centralisation and decentralisation.

The regular changes to the organisation prevent it from becoming rigid and inert. They may be perceived by people working in the firm as a pain (in all sorts of body parts) if not completely unwarranted (“we’re performing well, aren’t we? why would we change anything?”) but it helps avoid more serious trouble in the long run.